Good Luck Chinese Dragon Pendant $16.88
Back to products
Next product When it comes to snakes, most people seem to have an innate fear of them. Maybe that’s why the source of evil in the Garden of Eden was a serpent.

But there are good snakes as well. Consider that the Hopi Indians in North American included snakes in their rituals asking the gods for fertile lands and good crops; and Africa, Mesopotamia and Iran all had cultures that at some point worshiped the benevolent powers of the snake.

This snake looks like a good snake to us, maybe because its body language is so non-threatening. It’s gracefully looped into a naturalistic diamond shape which is quite ornamental. Its scales too are decorative and simplified, with some antique blacking to accent them, as are its eyes. 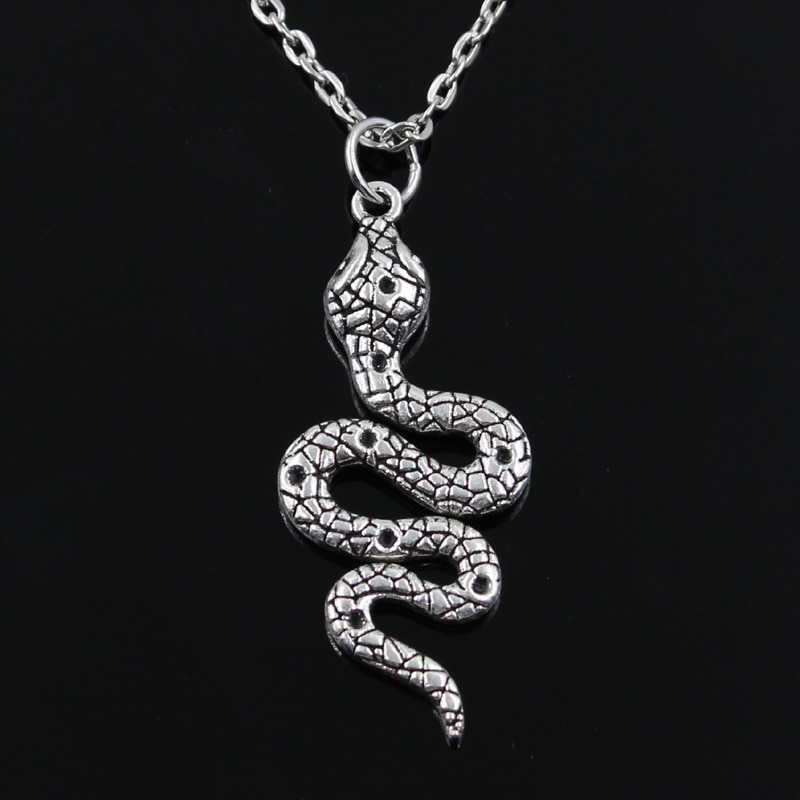 The Shaktipat Empowerment : The most ancient primordial power of Mahakali, and that is the ultimate energy in all of Creation & Giving this energy to others through ourselves, and this leads to the conditions known as Awakening, Self Realization and Enlightenment! The Magician: Tarot, Transform situations, Be More Aware, Create What You Wish For, Will Power and More! The Naga Peacock Empowerment: Allow you to see much more CLEARLY in the spirit world, Consisting of the energies of both the Peacock and three powerful NAGAS, While it is DEFENSIVE in nature, it has the ability to be used in offensive spiritual warfare! Rated 5.00 out of 5
$16.88 Select options
Compare
Add to wishlist
Start typing to see products you are looking for.